The Year Ahead for Business Development Events

January 3, 2013
2013 is officially here (insert stale End-of-the-World joke). And as such, planning has been in full effect for BIO events. Here's a recap of what's coming up in the next few months.

BIO's in San Fran for JPM

As a BIO member service, companies can schedule private meeting space for free during JP Morgan. This year, meetings will take place at The Palace Hotel, on the 5th floor. You can also find Celia, Dave, Kirsten and other BIO folks onsite, along with the rest of the biotech world. We hope you enjoy the year's first big event!

On January 29-30th, the BIO Asia International Conference will come back to Tokyo for the 10th anniversary of the event. For those who didn't attend last year's event in Osaka, you can relive the experience by viewing our Flickr album!

The One-on-One Partnering System will begin scheduling your meetings shortly. Company presentations are also sold out for the event, and will feature some new, innovative Japanese companies as well.

One of the First Investor Conferences of the Year!

Next is the 15th Annual BIO CEO & Investor Conference, taking place in none other than New York City. There are over 130 presenting companies confirmed, and we have three fireside chats lined up: Robert Hugin, Celgene's CEO, the CEO of Eli Lilly, John Lechleiter, and BioMarin's JJ Bienaimé. You can find these programming details here, and you can also follow the event on twitter with the hashtag #BIOCEO13.

Finally, if you know an investor, get them to apply, as they can attend for free!

Otherwise known as the 2013 BIO International Convention. This year will be a major milestone: the 20th anniversary of the event! Happening in Chicago, April 22-25th, the event will see the return of the widely successful Exhibitor Partnering, which allows exhibitors to participate in One-on-One Partnering meetings with the rest of the attendees and the BIO Business Forum folks. We hope to break another world record of partnering meetings this year!

The One-on-One Partnering System will be opening late February for this event. Folks who have registered before then will automatically get sent their login credentials when the system launches. The official twitter hashtag for the event is #BIO2013.

From there, there will be BIO Europe Spring, a whole host of our other BIO events, from food & ag focused to environmental and industrial biotech, before another Fall is upon us. We hope to see you in 2013!
More on This Topic 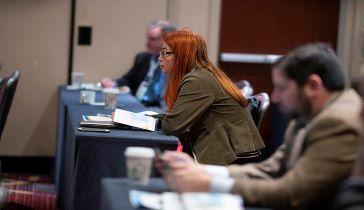