February 1, 2017
Genetic engineering will soon make commercial bluejean production cheaper than ever, writes Henry Miller in an op-ed for The Wall Street Journal:

Many food activists and radical environmentalists have spread misinformation about genetic engineering, attributing to it nonexistent risks, injuries and deaths. Some activists have even vandalized the field trials designed to perform exactly the sort of (superfluous) risk assessment that they demand.

Genetic engineering doesn’t harm the environment; quite the contrary, because it reduces the spraying of insecticides and increases yields, conserving water and arable farmland. Not only has genetically modified food not harmed anyone, but it is offering products that appeal directly to consumers, such as flowers with extended shelf life, potatoes that don’t bruise and apples that don’t turn brown when sliced.

Bluejeans are another example. Genetic engineers have developed a way to produce the two principal components, cotton fabric and indigo dye, for less money and soon will make commercial bluejean production cheaper than ever. 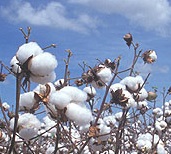 Genetically engineered cotton is created by introducing into the plant a new gene from a bacterium called Bacillus thuringiensis, or Bt. The bacterial gene expresses a protein that is toxic to certain insects but not to humans or other mammals. The concept isn’t new: Live Bt bacteria, first approved in the United States in 1961, are used by home gardeners and commercial farmers and boasts an admirable record of safety and effectiveness.

Bt cotton helps farmers to control major pests – the cotton and pink bollworm and the tobacco budworm – which account for a quarter of all crop destruction due to insects. From 1996 through 2014, this technology increased cotton yields by an average of 17.3 percent, according to a study by British economists Peter Barfoot and Graham Brookes. 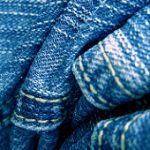 The other main ingredient in bluejeans, indigo dye, is usually produced synthetically through a complex, multistep process performed with highly toxic chemicals. It requires special facilities and precautions to protect workers and the environment.

But indigo dye can also be made using genetically engineered bacteria. This process has fewer steps, uses water instead of toxic organic solvents, incorporates corn syrup as the primary starting material, and yields nontoxic waste products. While it is not yet efficient enough for commercial use, stay tuned.

Genetic engineering is a refinement of less-predictable techniques that have been used for centuries. It has already provided prodigious benefits, both economic and environmental. Instead of accepting critics’ unsubstantiated claims, consumers should be demanding its wider application in agriculture and other industries.

Dr. Miller, a physician and molecular biologist, was the founding director of the FDA’s Office of Biotechnology and is a research fellow at Stanford University’s Hoover Institution.
More on This Topic