Jeremy M. Levin, D.Phil, MB BChir, has served as chief executive officer of Ovid Therapeutics Inc (NASDAQ: OVID) since March 2015 and as chairman of the board of directors since April 2014. Prior to joining Ovid. Dr. Levin served as president and chief executive officer, of Teva Pharmaceutical Industries Ltd., a publicly held pharmaceutical company, from May 2012 to October 2013. Dr. Levin joined Teva in February 2012. From September 2007 to December 2012, Dr. Levin held several roles at Bristol-Myers Squibb Company, a publicly held pharmaceutical company, finally serving as the senior vice president of strategy, alliances and transactions. Dr. Levin also served as a member of the executive committee at Bristol-Myers Squibb Company. Prior to that, Dr. Levin served as global head of strategic alliances at Novartis Institutes for Biomedical Research, Inc., a division of Novartis AG, from 2002 to 2007. Previously, he served on the board of directors of various public and private biopharmaceutical companies, including as chairman and chief executive officer of Cadus Pharmaceuticals Corporation, a drug development company.

Dr. Levin is the Chairman of the board of the Biotechnology Innovation Organization (BIO).

Dr. Levin also currently serves on the board of directors of Biocon Ltd., (NSE: BIOCON), and H. Lundbeck A/S (OMX: LUN). He has also served as a practicing physician at university hospitals in England, South Africa and Switzerland. Dr. Levin earned his B.A. in zoology, M.A. in cell biology and D. Phil in chromatin structure, all from University of Oxford, and his MB and BChir from the University of Cambridge.
Speaker 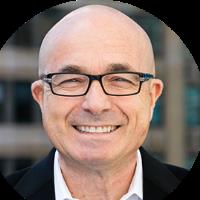