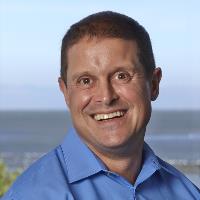 PRESIDENT & CSO, KEZAR LIFE SCIENCES
South San Francisco, California, United States
Christopher Kirk, Ph.D. is Kezar Life Sciences’ co-founder, President, and Chief Scientific Officer. Dr. Kirk is an immunologist and tumor biologist by training. Prior to founding Kezar, he was the Vice President of Research at Onyx Pharmaceuticals where he played a key leadership role in the discovery and development of 2 proteasome inhibitors, including carfilzomib (KYPROLIS™), currently approved for the treatment of multiple myeloma. Dr. Kirk has authored multiple publications in several select journals including Cell, Nature Medicine, and Nature Reviews and is listed as an inventor on over 40 patents. He sits on the scientific advisory board at C4 Therapeutics, Avidity Biosciences, Rain Therapeutics, the Institute of Applied Clinical Science at the M.D. Anderson Cancer Center as well as the leadership council of the Life Sciences Institute of the University of Michigan.