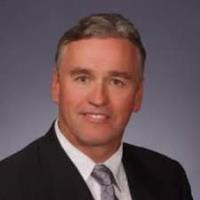 CHAIRMAN, REVELATION BIOSCIENCES INC
Menlo Park, California, United States
Dr. Tidmarsh received his M.D. and Ph.D. from Stanford University, where he also completed his fellowship training in Pediatric Oncology and Neonatology and is currently Adjunct Faculty of Pediatrics and Neonatology since 2018. He served as clinical faculty at Stanford for a number of years after his fellowship prior to devoting his full time to clinical research and development in order to bring new treatments through the FDA approval process. Dr. Tidmarsh was President, Chief Executive Officer, Secretary and a Director of La Jolla Pharmaceutical Company (La Jolla) from January 2012 until November 2019. While at La Jolla, Dr. Tidmarsh helped discover the use of angiotensin II for the treatment of shock and led all aspects of development including approval by the U.S. Food and Drug Administration (FDA) and the European Medicines Agency (EMA) for the treatment of patients suffering from distributive shock. He also led the development of artesunate for the treatment of severe malaria, which was approved by the FDA. Dr. Tidmarsh has over 30 years of experience in biotechnology, including the successful clinical development of 7 FDA-approved drugs. He previously served as the Chief Executive Officer of Horizon Pharma, Inc., a company he founded in 2005, where he continued as CEO until 2008 and Director until 2010. While at Horizon, he invented and led all aspects of development of Duexis, which was approved by the FDA for the treatment of rheumatoid arthritis. He also founded Threshold Pharmaceuticals, Inc. and held senior positions at Coulter Pharmaceutical, Inc. (acquired by GlaxoSmithKline) and SEQUUS Pharmaceuticals, Inc. (acquired by Johnson & Johnson). While at Coulter and SEQUUS, Dr. Tidmarsh led the clinical development of BEXXAR and Doxil, respectively, two FDA-approved anti-cancer agents.
Speaking In
[Available On-Demand]