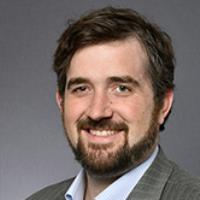 PROFESSOR, KELLOGG SCHOOL OF MANAGEMENT
Chicago, Illinois, United States
Professor Garthwaite is the Herman R. Smith Research Professor in Hospital and Health Services, a Professor of Strategy, and the Director of the Program on Healthcare at Kellogg (HCAK). He is an applied economist whose research examines the business of healthcare with a focus on the interaction between private firms and public policies.

His recent work in the payer and provider sectors has focused on the private sector effects of the Affordable Care Act, the impact and operation of Medicaid Managed Care plans, the responses of non-profit hospitals to financial shocks, and the economic effects of expanded social insurance programs such as Medicaid and Medicare for All.

Professor Garthwaite also studies questions of pricing and innovation in the biopharmaceutical sector. In this area he has examined the effect of changes in market size of investments in new product development, the evolving world of precision medicine, expanded patent protection on pricing in the Indian pharmaceutical market, the innovation response of United States pharmaceutical firms to increases in demand, and the relationship between health insurance expansions and high drug prices.

His research has appeared in journals such as the Quarterly Journal of Economics, the American Economic Review, the Annals of Internal Medicine, and the New England Journal of Medicine. In addition, he is a frequent media commentator appearing in media outlets such as the Wall Street Journal, the Washington Post, and The New York Times. He has also appeared as a guest on various television and radio shows such as Nightly Business Report and NPR Marketplace. In 2015, Professor Garthwaite was named one of Poet and Quants 40 Best under 40 Business School Professors.

Garthwaite received a B.A. and a Masters in Public Policy from the University of Michigan and his PhD in Economics from the University of Maryland. Prior to receiving his PhD, he served in a variety of public policy positions including the Director of Research for the Employment Policies Institute. He has testified before the United States Senate, United States House of Representatives and state legislatures on matters related to the healthcare markets, prescription drugs, the minimum wage, and health care reforms.
Speaking In
10:30 AM - 11:55 AM (EST)
Wednesday, February 17

Both U.S. political parties have proposed changes to the reimbursement process for FDA-approved…