Thomas joined Sanofi Pasteur in 2004 and has since advanced within the company in several roles of increasing responsibility in sales and marketing, at the country, regional and global levels. From 2015 to 2018, he was Head of the Asia Pacific Region, based in Singapore. Before that, he served as Head of Sanofi Pasteur Japan from 2012 to 2015. In 2010, he became Associate Vice President, Head of the Influenza-Pneumo Franchise after three years as Director for the same franchise, based in the US. Earlier in his career, Thomas worked in banking and strategic consulting.

Thomas has been Vice President and Head of Franchise & Product Strategy for Sanofi Pasteur since January 2018. In this position, he implemented the global brands and designed the vaccines strategy, in close collaboration with Industrial Affairs and R&D.

During this discussion, hear Thomas share perspectives on the opportunities created by new technologies to help preventing more diseases in the future, the competitive landscape of tomorrow, and how we could further unlock the power of vaccines and immunization in healthcare systems moving forward. 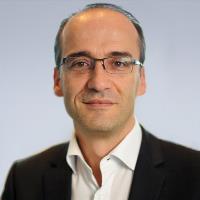