Sanath is a bold and visionary software leader, open source pioneer and a rare disease drug developer. In his career, he has built and launched several successful open source software products. He is now using open source software to enable treatments for 400 million patients worldwide affected with rare genetic diseases through his non-profit organization, OpenTreatments Foundation. He is building the world’s first software platform to decentralize drug development and empower anyone in the world to create a treatment for a genetic disease. He is also the father of a 2 year old boy who is one of 9 kids worldwide with an ultra-rare genetic disease called SSMD (curegpx4.org) 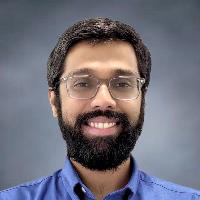