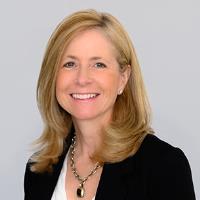 PRESIDENT & CHIEF EXECUTIVE OFFICER, ATALANTA THERAPEUTICS
Alicia most recently served as president and chief executive officer at Juniper Pharmaceuticals, Inc., a diversified public healthcare company where she led the successful turnaround strategy for the company resulting in a sale to Catalent, Inc. in August 2018. Prior to her role at Juniper, Alicia held a number of leadership positions in the life sciences industry, including chief commercial officer at Zafgen Inc., chief operating officer at Synageva BioPharma Corp, and roles of increasing responsibility at Genzyme over her 15-year tenure, including serving as vice president and general manager of metabolic diseases, a global business with multiple commercial products, including two orphan drugs. Prior to Genzyme, Alicia held positions at Alkermes, Inc. in business development, at Centocor, Inc. (a Johnson & Johnson Company) in clinical and commercial operations, and began her career at Pfizer Inc. as a hospital-based sales representative. Alicia is also a member of the board of directors at GW Pharmaceuticals, plc., Orchard Therapeutics, and a board member of the Foundation for Prader-Willi Research (FPWR). She received her B.S. in health administration from the University of New Hampshire and an MBA from Northeastern University.

Alicia spends her free time at the helm of her sailboat, traversing the ocean with her husband and twin boys. Between ports, she’s either spinning on a bike, skiing the slopes or walking the dogs – and she’s often seen scootering around Boston on her daily commute.
Speaking In
2:00 PM - 2:45 PM (EDT)
Tuesday, June 15