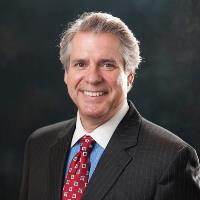 PRESIDENT & CEO, TEXAS HEALTHCARE & BIOSCIENCE INSTITUTE
Austin, Texas, United States
Thomas R. Kowalski is President and CEO of the Texas Healthcare and Bioscience Institute (THBI) in Austin, Texas. Prior to his appointment as President of THBI, Mr. Kowalski served as the Executive Director for the Washington, DC-based National Association for the Support of Long Term Care.

He has previously served as a senior staff member to Governor Bill Clements of Texas, U.S. Senator John Tower of Texas, and Congressman Jim Collins of Dallas, Texas.

With over thirty-five years of political and policy experience, Mr. Kowalski was appointed in 1989 by Governor Bill Clements to the Board of Regents of the Texas State University System. He served as Chairman of the Board of Regents in 1995. In addition, Mr. Kowalski currently serves as Chairman of the McCoy College of Business Administration Advisory Council at Texas State University.

An avid public speaker, Mr. Kowalski gives numerous talks on positioning Texas as a global leader in the development of biotechnology and life sciences. He was appointed in 2002 to Governor Rick Perry’s State Council on Science and Biotechnology Development. He is the former Chairman of Bio’s Council of State Biotechnology Associations, whose national membership consists of forty-nine state associations involved in biotechnology development and advocacy. Mr. Kowalski is a distinguished alumni of Texas State University.

The U.S. biotechnology industry has weathered several economic downturns but the COVID pandemic…