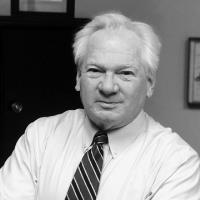 During Mr. Dodd's six-year tenure as President, CEO and Director of Serologicals Corporation, the market value of that company increased from $85 million in June 2000 to an all-cash sale to Millipore Corporation in July 2006 for $1.5 billion. That successful transformation followed his five-year term as President and CEO of Solvay Pharmaceuticals, Inc. and as Chairman of its subsidiary Unimed Pharmaceuticals, Inc. Prior to that, Mr. Dodd held various senior management positions at Wyeth-Ayerst Laboratories, the Mead Johnson Laboratories Division at Bristol-Myers Squibb, and Abbott Laboratories.

He is a frequently invited speaker and panelist at business and economic development conferences, as well as various conferences focused on the life sciences and pharmaceutical industry. He is a recipient of the Oglethorpe Award for UK-US Business Relationships, the Georgia BIO Industry Growth Award, and the FastTech 50 Growth Company Award (2000-2006) while leading Serologicals Corporation.