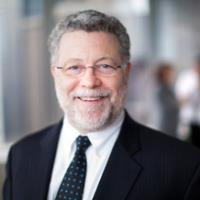 PARTNER - BIOTECHNOLOGY & PHARMACEUTICALS, MCDONNELL BOEHNEN HULBERT & BERGHOFF LLP
Chicago, Illinois, United States
Kevin E. Noonan is a partner with McDonnell Boehnen Hulbert & Berghoff LLP and serves as Chair of the firm’s Biotechnology & Pharmaceuticals Practice Group. An experienced biotechnology patent lawyer, Dr. Noonan brings more than 20 years of extensive work as a molecular biologist studying high-technology problems in serving the unique needs of his clients. His practice involves all aspects of patent prosecution, practice before the PTAB, and litigation. He represents pharmaceutical companies both large and small on a myriad of issues, as well as several universities in both patenting and licensing to outside investors. He has also filed amicus briefs in landmark patent and other cases to district courts, the Federal Circuit and the U.S. Supreme Court involving patenting issues relevant to biotechnology.

Dr. Noonan is a frequent speaker, commentator and author on a variety of intellectual property law topics. He is a founding author of the Patent Docs weblog, a site focusing on biotechnology and pharmaceutical patent law. In 2010, he was interviewed for a segment that aired on the television program “60 Minutes” that addressed the issue of gene patenting.
Speaking In
4:00 PM - 4:45 PM (EDT)
Tuesday, June 15