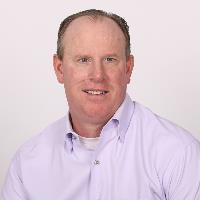 CHAIRMAN, PRESIDENT & CEO, HORIZON THERAPEUTICS PLC
Deerfield, Illinois, United States
Tim joined Horizon in June 2008 as president and chief executive officer and has served as chairman of our board of directors since 2010. Prior to joining Horizon, he served as president, chief executive officer and director of IDM Pharma, Inc., a public biopharmaceutical company which was acquired by Takeda America Holdings, Inc., or Takeda, in June 2009. Prior to IDM, Tim served as executive vice president, commercial operations at NeoPharm, Inc., a public biopharmaceutical company. From 2001 to 2005, he served as divisional vice president and general manager, immunology, where he led the global development and launch of the multi-indication biologic HUMIRA and divisional vice president, global cardiovascular strategy at Abbott, now AbbVie. From 1998 to 2001, Tim served as director, CELEBREX North America and arthritis team leader, Asia Pacific, Latin America and Canada at G.D. Searle & Company. From 1991 to 1998, he also held sales and marketing roles with increasing responsibility at G.D. Searle, Merck & Co., Inc. and Wyeth.

Tim received his Bachelor of Arts in Business from Muhlenberg College, in Allentown, Pa. He serves as chairman of the board of Exicure, Inc. and serves on the board of Aurinia Pharmaceuticals Inc., the Illinois Biotechnology Innovation Organization (iBIO), the Biotechnology Innovation Organization (BIO) and the Greater Chicago Arthritis Foundation. He is a member of the Illinois Innovation Council, the National Organization for Rare Disorders (NORD) Advisory Board and serves on the Board of Trustees of Muhlenberg College. He previously served on the board of directors of Raptor Pharmaceutical Corp., a public biopharmaceutical company, from 2010 to 2014; XOMA Corporation, a public biotechnology company, from 2011 to 2017; and Sucampo Pharmaceuticals, Inc., a public biopharmaceutical company, from 2016 to 2018.
Speaking In
3:00 PM - 3:45 PM (EDT)
Wednesday, June 16

Over the past five years, Horizon Therapeutics has transformed into a leading, large cap,…