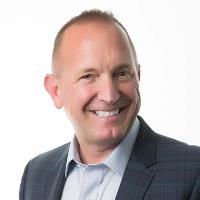 He is currently Lead Independent Director of Pacira Biosciences, Inc., Chairman of the Board at Proteon Therapeutics, and Director at ViaCyte. He also serves as Vice Chair and member of the Executive Committee of the Biotechnology Innovation Organization (BIO). Mr. Hastings was recently on the Board of Directors of Relypsa, Inc. (acquired by Galenica), was Chairman of the Board of Proteolix (sold to Onyx Pharmaceuticals in 2010) and served on the board of ViaCell (sold to Perkin-Elmer in 2007).

Mr. Hastings received a Bachelor of Science degree in pharmacy from the University of Rhode Island.
Speaking In
9:15 AM - 10:00 AM (EDT)
Monday, June 14

Breaking Barriers in Biotech: COVID-19 and the Future of Biotech