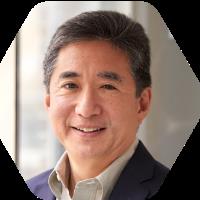 Dr. Loh has been a member of our Board of Directors since 2014. Prior to the merger with Transcept Pharmaceuticals, Dr. Loh had served as Chairman of the Board of Directors and Chief Medical Officer. Previously, Dr. Loh served as Senior Vice President, Development and Strategic Operations, Worldwide Research and Development, at Pfizer. While at Pfizer, Dr. Loh’s responsibilities included scientific, operational, and strategic drug development oversight for all R&D pre-proof of concept development phase programs and leading global portfolio prioritization.

Dr. Loh joined Pfizer from Wyeth Pharmaceuticals, where he was Vice President, Multiple Therapeutic Areas where he was responsible for global development strategy and clinical operational deliverables. At Wyeth, he led multiple successful global registration programs, including for Torisel and Tygacil. He currently serves on the Board of Directors of Eiger Biopharmaceuticals, Inc. and Windtree Pharmaceuticals, Inc. Dr. Loh served as Chairman of the Antimicrobials Working Group (AWG), an industry leading coalition of biotech companies focused on antimicrobial development from 2019 to 2021, and currently serves on its Executive Committee. Dr. Loh served as a Director on the Board of Nivalis from 2012 until the completion of its sale to Alpine Immunotherapeutics in 2017.
Speaking In
12:00 PM - 12:45 PM (EDT)
Wednesday, June 16

A Conversation with BIO Leadership on Standing with the AAPI Community

With the onset of the COVID-19 pandemic, violence and harassment of members of the AAPI…