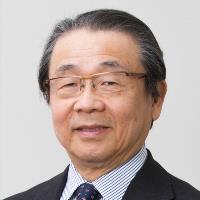 Previously, Mr. Nagayama served as Chairman and Chief Executive Officer of Chugai. In 2002, he led Chugai in the establishment of a strategic alliance with Roche and managed Chugai as a Roche Group member. In 2006-2018, he served as a member of Roche Enlarged Corporate Executive Committee.

Mr. Nagayama started his professional career in The Long-Term Credit Bank of Japan in 1971 upon graduation from Keio University’s Faculty of Business and Commerce. He served as President of The Japan Pharmaceutical Manufacturers Association in 1998-2004 and as Vice President of the Federation of Pharmaceutical Manufacturers’ Associations of JAPAN in 2000-2004. He currently serves as Chairman of the Board of Toshiba Corporation, and previously served as Chairman of the Board of Sony Corporation in 2013-2019.