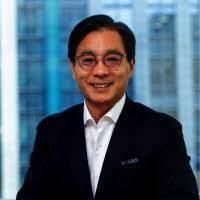 PRESIDENT AND REPRESENTATIVE DIRECTOR, AMGEN K.K.
Tokyo, Japan
Steve joined Amgen in April 2017 as Vice President and General Manager, Japan. Steve has over 25 years` experience in the pharmaceutical and biotech industry where he held various roles of increasing responsibility in general management, sales and marketing, clinical development, business development and finance both in Japan and the U.S. Most recently, he was Head of Asia-Pacific, and Japan President and Representative Director, at Biogen. Prior to Biogen, Steve held various roles at Sanofi and Lilly, including P&L responsibility for Sanofi`s Japan diabetes business and Lilly`s US and Japan diabetes operations.
He started his career at the Bank of Tokyo in Japan before moving to Credit Suisse First Boston as a health care/M&A investment banker in both Tokyo and New York.
He graduated with a degree in Asian Studies from the University of California, Santa Barbara and spent one year at the International Christian University in Japan. Steve is active in the community, including as a member of the US-Japan Council and, previously, as a Board of Trustee at the Indianapolis Zoo and Botanical Gardens, co-founder of the American Society of Suicide Prevention, Indiana Chapter, and Board of Director, Japan-American Society of Indiana.
Speaking In
3:00 PM - 3:45 PM (EDT)
Wednesday, June 16