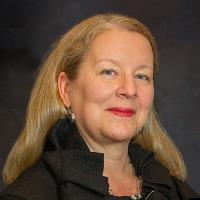 JAPAN REPRESENTATIVE, PHARMACEUTICAL RESEARCH AND MANUFACTURERS OF AMERICA (PHRMA)
Amy Jackson joined PhRMA, as the Japan Representative, in January 2016. In this capacity, Ms. Jackson coordinates the activities of PhRMA’s office in Tokyo and advocates for research-based pharmaceutical companies on government, economic and health care policy matters in Japan. She also currently serves as a Vice President of the American Chamber of Commerce in Japan (ACCJ) and a member of the Maureen and Mike Mansfield Foundation Board of Directors.

Ms. Jackson served as the President of the American Chamber of Commerce in Korea (AMCHAM Korea) from 2009-2015. In recognition of her efforts in promoting cooperative economic relations between the Republic of Korea and the United States, Ms. Jackson was awarded an Industrial Service Medal by President Lee Myung-bak in 2012. She was appointed as an honorary citizen of Seoul in 2013.

Prior to joining AMCHAM Korea, Ms. Jackson was a Director at an international trade and investment consulting firm based in Washington D.C. From 2002-2005, Ms. Jackson served as the Deputy Assistant U.S. Trade Representative for Korea, and from 1998-2002 she was the Director of Japanese Affairs for the Office of the U.S. Trade Representative (USTR). Prior to that, Ms. Jackson worked in the International Relations Division at the National Aeronautics and Space Administration (NASA). Ms. Jackson served as a Mansfield Fellow from 1995-1997.

Ms. Jackson has a Master’s degree in International Relations from Johns Hopkins University and a Bachelors degree in Government from Pomona College.
Speaking In
3:00 PM - 3:45 PM (EDT)
Wednesday, June 16