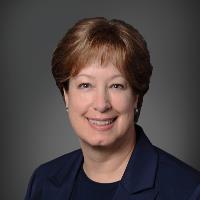 Carrie currently serves on the Board of Directors of Texas Instruments Inc., Cardinal Health Inc. and Selecta Biosciences, Inc. She previously served on the board of directors for Celgene Corp., Bristol-Myers Squibb Co., and electroCore, Inc. Previously, she served as chairman of the board of Array BioPharma. Carrie is a graduate of the Massachusetts College of Pharmacy.
Speaking In
4:00 PM - 4:45 PM (EDT)
Monday, June 14

Women are leaders of communities, families and society, and their health and wellbeing are…