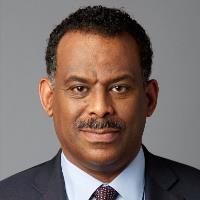 CHAIRMAN AND CHIEF EXECUTIVE OFFICER, PAVMED
Dr. Lishan Aklog serves as Chairman & CEO of PAVmed Inc. (Nasdaq: PAVM), a multi-product commercial-stage medical technology company which he co-founded in 2014 based on a portfolio of five of his own inventions, including innovations in the minimally invasive treatment of carpal tunnel syndrome and infusion therapy. He also serves as Executive Chairman of its major subsidiary Lucid Diagnostics Inc. which is marketing the only commercially available tools for early precancer detection to prevent esophageal cancer in patients with chronic heartburn. He also serves on the Board of Directors of two life sciences companies, Contrafect Inc. (Nasdaq: CFRX) and the world’s leading medical technology trade association, the Advanced Medical Technology Association or AdvaMed.

Dr. Aklog previously co-founded Pavilion Holdings Group LLC which created four medical device companies, including Vortex Medical which developed and commercialized his life-saving invention AngioVac® and was sold in 2012 to Angiodynamics (Nasdaq: ANGO). He is the inventor on 30 issued patents and dozens of patent applications.

Dr. Aklog fled political violence in Ethiopia as a young teenager and now lives with his family in Purchase, New York. He has been active in philanthropic organizations, including currently serving on the International Board of Directors of Human Rights Watch, as well as national and political fundraising, including having served on the National Finance Committee of the 2008 Obama-Biden campaign.