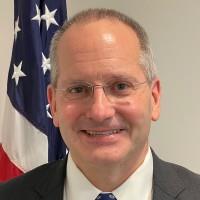 Dr. Redd began his HHS career in 1994, when he became a general internist with the Indian Health Service (IHS) at the Northern Navajo Medical Center in Shiprock, New Mexico. He and his family lived on the Navajo Reservation for almost five years. He began a 20-year uniformed career with the US Public Health Service at CDC in 2000 as an Epidemic Intelligence Service officer stationed with the New Mexico Department of Health. After EIS he joined the Division of Viral Hepatitis at CDC for six years, where he was instrumental in establishing hepatitis C treatment in IHS through collaboration with Project ECHO. In a second stint with IHS, he served as Chief of the Infectious Diseases Branch of the IHS Division of Epidemiology and Disease Prevention, where he had a leadership role in the Agency response to the H1N1 influenza pandemic, and as a clinical internist at the Santa Fe Indian Hospital. He re-joined CDC in 2014 in a liaison position between CDC and Sandia National Laboratories. He has supervised EIS officers and other public health trainees since 2002 and was senior author of a Langmuir Prize-winning manuscript.

During the CDC Ebola response in West Africa, Dr. Redd served in multiple CDC leadership positions in Sierra Leone, including Response Lead, Epidemiology Lead, and Acting Country Director. He joined the Center for Global Health’s Division of Global Health Protection in 2015, where he served as Country Manager for the Ebola-affected countries of Guinea, Sierra Leone, and Liberia. He received the Public Health Service Meritorious Service Medal and the State Department Superior Honor Award for his Ebola service in Sierra Leone. He then moved to Washington, DC to serve as the liaison officer to the ASPR from CDC’s Center for Preparedness and Response.

In 2019, Dr. Redd joined ASPR as its Chief Medical Officer. During the COVID-19 response, he was a field leader in the initial response to the pandemic in California and Japan, and then was appointed lead of the Healthcare Resilience Task Force. He then ledHHS teams supervising allocation and distribution of new therapeutics, including remdesivir and monoclonal antibodies. For his service during the COVID-19 response he received the
United States Public Health Service Distinguished Service Medal, the highest award presented by the United States Public Health Service. He retired as a captain in 2020.

Dr. Redd received his BA from Harvard College and his MD from the University of Texas Southwestern Medical School in Dallas. He then completed a residency in Internal Medicine at Columbia-Presbyterian Medical Center and earned a Master of Public Health in Epidemiology degree at Columbia University in New York. He was elected a Fellow of the American College of Physicians in 2002 and was a 2010-2011 Public Health Leadership
Institute Scholar. He is the co-author of over eighty publications.
Speaking In
12:00 PM - 12:45 PM (EDT)
Monday, June 14