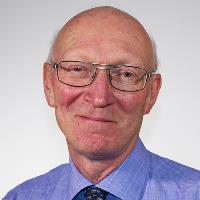 CHAIR, NHS ENGLAND
Lord Prior was educated at Cambridge University and subsequently qualified as a barrister. He trained in finance at Lehman Brothers and Lazard Freres in New York before holding a number of senior positions within the industrial sector, including British Steel, where he was Commercial Director. He was elected MP for North Norfolk in 1997.

He served as Chairman of Norfolk and Norwich University Hospitals NHS Foundation Trust from 2002 – 2012 before becoming Chairman of the Care Quality Commission.

In 2015, he was appointed Parliamentary Under Secretary of State for Health and created a Life Peer. In December 2016, he was appointed as Parliamentary Under Secretary of State at the Department of Business, Energy and Industrial Strategy, with specific responsibility for developing industrial strategy. He stepped down from this role in December 2017 to become Chairman of University College London Hospitals.