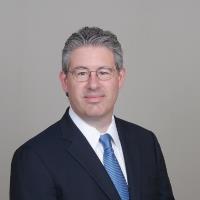 CHIEF BUSINESS OFFICER, EVEREST MEDICINES
San Diego, California, United States
Jason has over 20 years of experience in biopharmaceutical healthcare investing, management, and R&D. He joined CBC Group in 2016 and was a founding member of the management team of Everest Medicines, a company dedicated to developing and commercializing novel transformative pharmaceutical therapies for patients in China and other Asia Pacific emerging markets, where he now serves as Chief Business Officer. Before joining CBC Group, Jason was a Partner with Thomas, McNerney & Partners, where he was a member of the investment team for nine years and was a board member or observer for several portfolio companies, including Tioga Pharmaceuticals, Invitae, and Auspex Pharmaceuticals. Before joining Thomas, McNerney, Jason was an Associate at Forward Ventures, where he played an active role in Forward-led investments, such as Affinium Pharmaceuticals. Jason previously conducted research in antimicrobial drug discovery and bacterial genomics as a postdoctoral fellow in Infectious Diseases at Johnson & Johnson Pharmaceutical Research and Development.
Jason holds a Ph.D. in Biology at the University of California, San Diego, where he was a National Science Foundation Fellow, and a B.S. in Molecular Biology and Biochemistry from Purdue University.
Speaking In
[Available On-Demand]