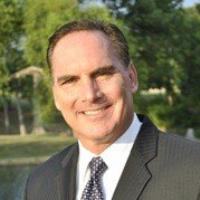 FOUNDER AND EXECUTIVE DIRECTOR, THE RYAN FOUNDATION; BOARD CHAIR, EVERYLIFE FOUNDATION FOR RARE DISEASES
Dallas, Texas, United States
Mark Dant is the current Chairman of the Board of the Washington DC-based EveryLife Foundation for Rare Diseases, a science-based advocacy organization dedicated to accelerating biotech innovations for rare disease treatments through science-driven public policy. Mark is also the founder and Volunteer Executive Director of the Ryan Foundation and former President and CEO of the National MPS Society. Last year, Mark was awarded the 2019 Patient Advocate Leader Award from WORLDSymposium.

Mark and his wife Jeanne founded The Ryan Foundation with a bake sale after their only child, three-year-old Ryan, was diagnosed with MPS I. At that time, life expectancy for children with MPS I was less than 15 years. The Ryan Foundation partnered with Dr. Kakkis and provided key funding for his project, which culminated in the development of laronidase, the first and only drug currently approved to treat MPS I. Ryan, now 30 and a graduate of the University of Louisville, is the longest treated person in the world with MPS I. Since the bake sale, the Ryan Foundation has funded millions of dollars in rare disease research.

For the past 25+ years, Mark and the Ryan Foundation have partnered with numerous research scientists and universities to help innovative projects move toward treatments for lysosomal storage disease. This work provided proof of concept for Intrathecal Enzyme delivery in lysosomal storage disease. Mark and his family have been key advocates speaking to the FDA and in 2009 successfully championed the US House of Representatives to pass the Ryan Dant Health Care Opportunity Act, a bill designed to help those living on Medicaid assistance become gainfully employed. The Dant’s journey has been documented on CBS 60 Minutes, CNN, Biography Magazine, Reader’s Digest in 13 languages around the world, Golf Digest, the LA Times and numerous newspapers and news outlets across the US.