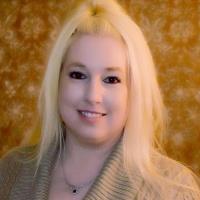 Khrystal joined the rare disease community in 2011 when her newborn son, Hunter, was diagnosed with Spinal Muscular Atrophy (SMA) Type 1, the leading genetic cause of mortality in children under the age of two.

Doctors diagnosed her son Hunter with Spinal Muscular Atrophy (SMA), a rare and terminal disease, at eight weeks of age. SMA is similar to ALS in babies: It robs the ability to move, eat, swallow, and eventually breathe. The doctors told Khrystal and her husband, Curtis, that Hunter would survive an additional three to twelve months, but likely toward the lesser end, due to the severity of his symptoms. Curtis convinced a researcher to help, obtained a chemistry for a potential treatment, and commercially manufactured it. A doctor began administering the treatments to Hunter at sixteen weeks old, just eight weeks after his diagnosis. Hunter was the first SMA patient treated for the disease. He started his treatments before the clinical trial of a similar compound began in the US. Curtis and Khrystal traveled to Mexico with Hunter every six weeks for his treatments. In addition to saving Hunter, Curtis and Khrystal arranged for treatments for two other SMA babies.

In May of 2016, Khrystal advocated alongside the FAST Movement (Families for the Acceleration of Spinal Muscular Atrophy Treatments) in a meeting with top FDA representatives for access to Spinraza, an SMA treatment in clinical trials at the time. Together with other FAST members, she asked the FDA to stop placebo trials, provide a means of access for the weakest SMA patients, accelerate the approval, and approve the treatment for all SMA patients regardless of age or type of SMA. In an interim look completed on August 1, 2016, the FDA found the treatment met trial objectives. An Expanded Access Program for SMA Type 1 patients commenced August 12, 2016, and the FDA approved Spinraza for children and adults with SMA on December 23, 2016.

Khrystal is committed to improving health outcomes in those with rare diseases through improved access to rare disease diagnoses and treatments. She advocates for whole-genome sequencing of newborns, the expansion of newborn screening programs, insurance policies that conform to FDA labels for orphan drugs, and clinical trials and real-world evidence that include endpoints and data points that are meaningful to patients and caregivers. She is a proponent of patient-driven access to rare disease treatments.

Khrystal holds a Juris Doctorate from Stetson University College of Law and is certified in Clinical Trial Design and Interpretation by Johns Hopkins University and Drug Discovery by University of California San Diego through the Coursera program.

Khrystal is the author of Hunt for a Cure: An Unexpected Adventure to Save a life, and the forthcoming Democratizing the Diagnosis: Newborn Whole Genome Sequencing.
Speaking In
[Available On-Demand]