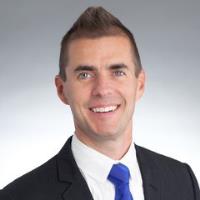 VP, GLOBAL MEDICAL AFFAIRS, EIGER BIOPHARMACEUTICALS
Palo Alto, California, United States
Dr. Matt Bryant has more than 20 years of pharmaceutical and biotechnology experience developing high performing Medical Affairs teams that achieve operational excellence. He has successfully contributed to the development and approval of over a dozen new products, which include Vitrakvi in ultra-rare precision oncology and the Xifaxan franchise that led to the $11 billion purchase of Salix Pharmaceuticals. He was Deputy Director in health economics at Bayer Pharmaceuticals where he demonstrated the clinical and economic value of medicines to Payers and launched three new products in oncology and hemophilia. At Theravance Biopharma, he served as the Director of Medical Affairs and medical launch leader of a pulmonary development and commercialization partnership with Mylan. During his nearly 10 years at Salix Pharmaceuticals, he led the medical science liaison team and was responsible for a growing portfolio of 16 drugs in gastroenterology, liver, and rare diseases. Similarly, Dr. Bryant had multiple Medical Affairs roles at InterMune, the leader in IPF rare pulmonary disease and HCV liver disease.

Dr. Bryant received a Pharm.D. from the University of California, San Francisco and completed an ASHP-AMCP Managed Care specialty residency at Blue Shield of California. Currently, he serves on the UCSF Pharmacy Alumni Association Board of Governors.
Speaking In
[Available On-Demand]