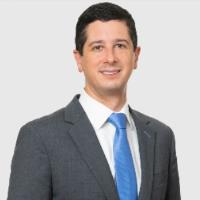 Brill has an MA in mathematical finance from Boston University and a BA in economics from Tufts University.
Speaking In
[Available On-Demand]