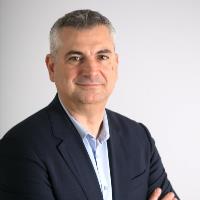 CHIEF COMMERCIAL OFFICER & VICE PRESIDENT OF BUSINESS DEVELOPMENT, ABIVAX; VICE PRESIDENT, FRANCE BIOTECH, ABIVAX; FRANCE BIOTECH
PARIS, France
Pierre has 25 years’ experience in general management, business operations, marketing, business development, communication, strategy and corporate governance within the pharmaceutical industry. He is a pharmacist and holds a Master’s Degree in Biological and Medical Sciences, a Master’s Degree in Company Management and an MBA from the University of Chicago Booth School of Business. At Sanofi-Pasteur Japan, and its joint-venture with Daiichi, Pierre was in charge of the pre-launch activities of HIB/meningitis and IPV/polio vaccines as Marketing Manager (first foreign pediatric vaccines developed and launched in Japan). At the start of 2005, he became President of Guerbet Japan and Vice President for Guerbet Asia. He successfully managed the roll-out of its Japanese subsidiary and led the development of other branches in Asia. From 2009, Pierre served as VP Sales for Asia, Latin America and EMEA (in charge of the management of 17 subsidiaries & 60 agents) and met the ambitious objective of optimizing the performance of the company across these 3 regions. From 2012, Pierre was promoted to Senior VP sales and marketing for Guerbet as well as CEO of MEDEX (medical devices company owned by Guerbet). Since 2015, Pierre currently holds the position of Chief Commercial Officer and Vice President of Business Development at ABIVAX, a late-stage clinical biotech company mobilizing the body’s natural immune machinery to treat patients with autoimmune diseases, viral infections, and cancer. As such, he was a key-member of the pre-IPO team that raised a record-breaking 57.7 M€ (65.8 M$) on EURONEXT in June 2015. More recently, Abivax announced a €36 million non-dilutive funding from Bpifrance for its ABIVAX’ ABX464 Covid-19 program (1,034-patient placebo-controlled ABX464 Phase 2b/3 COVID-19).
In addition to his professional activities, Pierre is serving as Vice President of France Biotech in the functions of treasurer and head of the corporate finance committee; Vice-President of the HTID organization Committee; and President of both the Chicago Booth & the University of Chicago Alumni Clubs of France.
Speaking In
[Available On-Demand]