Get inside the CEO’s brain during this one-on-one conversation with Robert A. Bradway, chairman and chief executive officer of Amgen. He’ll cover topics including Amgen’s response to COVID-19 and strategic priorities moving forward, solving health inequities in R&D, and his perspective on the future of biotech.

Bradway has worked at Amgen since 2006, where he’s held several operations and financial leadership roles. Prior to joining Amgen, Bradway was a managing director at Morgan Stanley in London where he was responsible for the firm’s banking department and corporate finance activities in Europe. He joined Morgan Stanley in New York as a health care industry investment banker in 1985 and moved to London in 1990.

Bradway is a member of the board of organizations including The Boeing Company, the W. M. Keck Foundation, the Pharmaceutical Research and Manufacturers of America (PhRMA), and the University of Southern California. He is chairman of the CEO Roundtable on Cancer and a member of the American Heart Association CEO Roundtable.

Bradway holds a bachelor’s degree in biology from Amherst College and a master’s degree in business administration from Harvard University.
Moderator 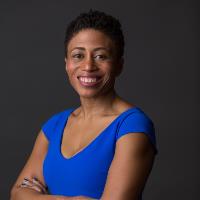 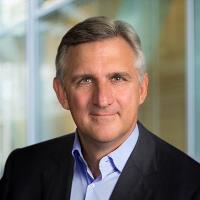