The pursuit of scientific discovery today and tomorrow: Simone Fishburn, BioCentury Editor in Chief, hosts a fireside chat with Mathai Mammen, M.D., Ph.D., Global Head of R&D at the Janssen Pharmaceutical Companies of Johnson & Johnson. Mathai’s mission is to focus the energy of the best research and development teams in the world at the intersection of profound unmet medical need and actionable breakthroughs in science and technology to make medicines of unequivocal benefit for humanity. The team works across a wide range of therapeutic areas and biological pathways. Janssen’s approach to medicines is patient-focused, agnostic to both source of the idea and the treatment modality. The team is invested deeply in data sciences in every aspect of R&D. Janssen R&D has fueled the growth of Janssen to be the largest pharmaceutical company in the United States, and the fourth largest in the world.

Prior to Janssen, Mathai was SVP at Merck Research Laboratories, and with his team he initiated numerous new programs and progressed eight into early clinical development. At Theravance, a company he co-founded in 1997 based on his work at Harvard University, his talented team nominated 31 development candidates in 17 years, created four approved products, and filed for approval of a fifth. Mathai has more than 150 peer-reviewed publications and patents and serves on various boards and advisory committees. He received his M.D. from Harvard Medical School/Massachusetts Institute of Technology (HST program) and his Ph.D. in Chemistry from Harvard University’s Department of Chemistry. 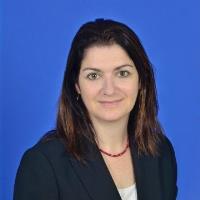 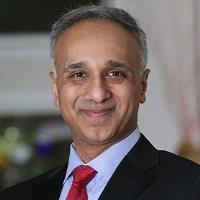