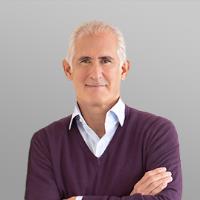 CHIEF EXECUTIVE OFFICER, ORGANON
Jersey City, New Jersey, United States
Kevin Ali is the CEO and a board member of Organon, a global healthcare company with the vision of creating a better and healthier every day for every woman around the world. Kevin led the formation of Organon in 2021 to address the significant healthcare issues that women face and deliver impactful solutions all over the world.

Kevin has more than three decades of healthcare and commercialization experience from Merck, where he has held a number of leadership roles. Before leading Organon, Kevin was President of Merck’s international business, responsible for commercial markets outside the US which account for 96% of the world’s population and over half of Merck’s pharmaceutical revenues. Under Kevin’s leadership, the business was a significant driver of Merck’s growth. Previously, Kevin served as the President of the emerging markets region where he transformed the performance of many countries for sustained growth and strength. Earlier in his career, Kevin was the Managing Director of Germany and Turkey and also led key therapeutic franchises.

Kevin holds an MBA from Santa Clara University and a Bachelor of Arts from the University of California, Berkeley.
Speaking In
2:15 PM - 3:15 PM (PDT)
Monday, June 13