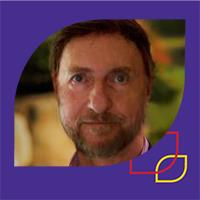 CHAIRMAN & CHIEF EXECUTIVE OFFICER, QUALIGEN THERAPEUTICS, INC.
Carlsbad, California,
Michael Poirier founded Qualigen in 1996 and is Chairman and CEO. Prior to Qualigen, he was VP of Marketing for Ashirus Technologies, a manufacturer of innovative equipment for the medical industry. From 1993 to 1995, he was Director of US Area Operations for EnSys which manufactured field-portable immunoassay test kits. From 1991 to 1993, Mr. Poirier was employed by Sanofi Pasteur as a Marketing Manager, launching the ACCESS® Immunoassay System. This novel diagnostic system was acquired by Beckman-Coulter and is now a leading immunoassay system. From 1985 to 1991, Mr. Poirier was employed by Abbott Diagnostics in various roles, including Worldwide Immunoassay Product Manager for the IMx® and AxSym® immunoassay systems. IMx and AxSym became the leaders in their respective markets. Prior to Abbott, Mr. Poirier served as a US Navy officer in the Atlantic Fleet. Mr. Poirier holds a B.A. from Providence College and attended the University of Zürich, Switzerland, School of Law.
Speaking In
2:30 PM - 2:45 PM (PDT)
Wednesday, June 15