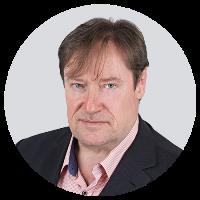 MANAGING EDITOR, SCRIP INTELLIGENCE
Manchester, United Kingdom
Kevin Grogan has been writing about pharmaceuticals for over twenty years in roles that have included online editor for PharmaTimes. After four years freelancing, which involved writing for all the principal titles in the sector, as well as consultancy work with major pharmaceutical companies, he joined Scrip as Managing Editor, Europe, Commercial in the summer of 2017.
Covering all aspects of the pharma industry, Kevin has interviewed pretty much all the leading figures in the sector, both in the UK and globally. A regular attendee at financial and medical conferences worldwide (and moderating at some), he has also appeared on BBC television and radio, ITV and Channel 4 to discuss events in the pharmaceutical industry.

Fluent in Spanish, he previously worked as a journalist on rock/pop music publications, was chief sub editor at the Catholic weekly newspaper The Universe and also contributed articles to the likes of The Independent and the Manchester Evening News on football.