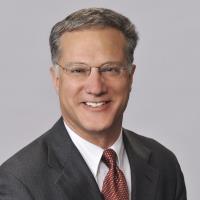 PRESIDENT & CHIEF EXECUTIVE OFFICER, XWPHARMA INCORPORATED
Redwood City, California, United States
Mr. Blum joined XWPharma in April 2020 as President and Chief Executive Officer. Mr. Blum had previously founded, built, and led the commercial organizations at a series of emerging growth biopharmas, including ICOS Corp. from 2000 until 2007 (acquired by Eli Lilly), Theravance from 2007 to 2016, Omeros Corp. from 2016 to 2018 and Madrigal Pharmaceuticals from 2018 to 2020. From 1987 to 2000 he progressed through marketing, sales, and business leadership roles at Merck and Co. with increasing US and international responsibilities. Over the past 34 years, he has been responsible for national and global launches, turn-arounds, and rapid sales acceleration for over 20 medicines in a wide variety of therapeutic categories, including specialty products and blockbusters. His work has earned multiple industry accolades and is the subject of two Harvard Business School case studies.