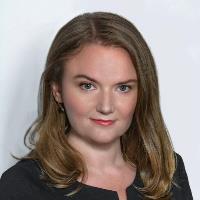 EDITORIAL DIRECTOR, MIT TECHNOLOGY REVIEW
Hoboken, New Jersey, United States
Jennifer Strong is a journalist covering the impact of emerging technologies on the way we live and work and an editorial director of MIT Technology Review.

A creator of acclaimed science and technology podcasts, including In Machines We Trust, The Extortion Economy with ProPublica, Curious Coincidence, and WSJ's The Future of Everything, her reporting has been recognized by awards juries more than two dozen times. She’s received two Ambie nominations–the academy award of podcasting, is a four-time Webby nominee, the 2019 Webby winner for Best Tech Podcast, and an iHeart Podcast Awards finalist. Her miniseries on how AI is used to make hiring decisions was a selection for this year’s New York Festivals.