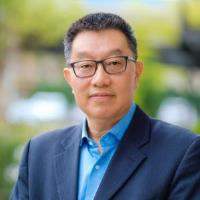 CHAIRMAN OF THE BOARD, BAYHELIX GROUP
Dr. Guo-Liang Yu is the Chairman and CEO of Apollomics Inc., an innovative therapeutics company devoted to curing cancer by combining immunology and other caner fighting methods. Before Apollomics, Dr. Yu was the Executive Chairman of Crown Biosicence Inc., a publically-listed personalized oncology platform company with ~600 employees globally. Crown Bioscience was recently acquired by JSR for $400 million. He co-founded Epitomics Inc., an antibody biotechnology company, and served as Chairman and CEO for 10 years prior to its acquisition by Abcam for $170 million. During his tenure at Epitomics, spun-off Apexigen Inc., an immune-oncology therapeutics company. He was also a venture partner at OrbiMed Venture LLC during 2013-2019.


Dr. Yu’s success is driven by his scientific curiosity and passion for translating scientific discovery to real products. After graduating from Fudan University in Shanghai, China, he came to the United States in 1984 to pursue advanced studies. He obtained his Ph.D. from UC Berkeley, where he and Dr. Greider discovered telomerase and its mechanism in Dr. Blackburn’s lab. Drs. Blackburn and Greider received Nobel Prize in 2009 for their discovery.

Dr. Yu later joined Dr. Frederick Ausubel’s lab at Harvard University to pursue the question of how plants defend themselves against pathogens without an immune system, and identified the plant disease resistance gene. In 1993, when genomics was still in its infancy, Dr. Yu joined Human Genome Sciences Inc. as one of the first few senior scientists, identifying human gene targets for drug discovery. Among several important drug targets he studied was BLys, the first successfully genomic target for the development of a lupus antibody drug Benlysta, which was approved by FDA in 2010.

In 1998, Dr. Yu was attracted to identifying plant genes with economic value in agriculture and in bio-energy. He was Senior Vice President of R&D at Mendel Biotechnology Inc. where his team analyzed the function of a complete set of plant transcription factors, and ultimately identified several valuable traits such as enhanced crop yield, disease resistance, and drought tolerance. Dr. Yu has co-authored 44 peer-reviewed scientific articles that have been referenced by the scientific community over 10,000 times. He is a co-inventor of more than 400 patents.