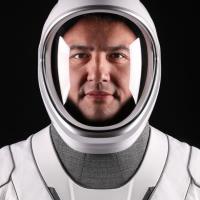 CREW-4 MISSION COMMANDER, NASA ASTRONAUT, NATIONAL AERONAUTICS AND SPACE ADMINISTRATION (NASA)
Dr. Kjell N. Lindgren was selected by NASA in 2009. He spent most of his childhood abroad and returned to the U.S. to complete his education and earn a Doctorate of Medicine from the University of Colorado. He is board certified in emergency medicine. After serving as the Deputy Crew Surgeon for STS-130 and Expedition 24, he was selected as an astronaut in June 2009 as one of 14 members of the 20th NASA astronaut class. Dr. Lindgren flew on Expedition 44/45 and logged 141 days in space. He participated in two spacewalks and in more than a hundred different scientific experiments. He served as backup for the NASA SpaceX Demo-2, Crew-1, and Crew-3 missions. He is currently serving as commander of the NASA SpaceX Crew-4 mission to the ISS, which launched on April 27, 2022.

He received a Bachelor of Science degree in Biology (minor in Mandarin Chinese) from the U.S. Air Force Academy in 1995; a Master of Science degree in Cardiovascular Physiology from Colorado State University (CSU) in 1996; and a Doctorate of Medicine from the University of Colorado in 2002. Completed a three-year residency in emergency medicine, including a chief resident year at Hennepin County Medical Center in Minneapolis, Minnesota in 2005. Completed a National Library of Medicine Post-Doctoral Fellowship and Master of Health Informatics at the University of Minnesota in 2006. Completed a two-year residency in aerospace medicine (2008) and a Master of Public Health (2007) at the University of Texas Medical Branch (UTMB) in Galveston, Texas. Dr. Lindgren is board certified in emergency medicine.

At the U.S. Air Force Academy, Dr. Lindgren was a member of the “Wings of Blue” parachute team, where he served as an instructor, a jumpmaster and a member of the academy’s intercollegiate national championship team. As a part of his masters studies at CSU, Dr. Lindgren conducted cardiovascular countermeasure research in the Space Physiology Lab at NASA Ames Research Center in Sunnyvale, California. He conducted high-altitude physiology research during medical school. Dr. Lindgren began working at Johnson Space Center in 2007. As a Wyle-University of Texas Medical Branch flight surgeon, he supported International Space Station training and operations in Star City, Russia and water survival training in the Ukraine. At the time of his selection to the astronaut corps, he was serving as the Deputy Crew Surgeon for STS-130 and Expedition 24.
Speaking In
10:45 AM - 12:00 PM (PDT)
Tuesday, June 14
International Space Station Astronauts at Work: Rocketing Biotechnology R&D to the Next Level
A new era in space-based scientific investigation started with the first all-private astronaut…
Special Program
Explore BIO
Policy
Events
Industry Insights
About
Join Now
For Members
Member Directory
BIO Policy Committees
Cost-Savings Program
BIO Events
BIO International Convention
BIO CEO & Investor Conference
BIO Impact
BIO Investor Forum
BIO Online Learning
BIO DOUBLE HELIX SPONSORS