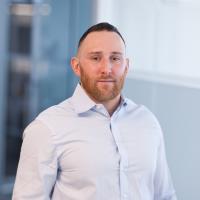 DIRECTOR, EQUITY CAPITAL MARKETS, CHARDAN CAPITAL MARKETS
New York, New York, United States
David Lederman is a Director in the Equity Capital Markets group at Chardan and has over 14 years of experience on Wall Street. He has been at Chardan since May of 2017 and primarily focuses on raising capital for healthcare and biopharma clients, both privately and publicly. Previously, David worked at Morgan Stanley from 2006-2017 in both the equity capital markets and investment banking groups.