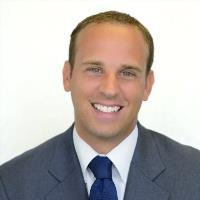 Prior to joining NVCA, Justin spent twelve years on Capitol Hill serving as an aide to a House leadership office and most recently with the office of United States Senator Robert Menendez (D-NJ) where he was a Legislative Assistant responsible for tax issues and the senator’s work on the Senate Finance Committee. Justin served as Menendez’s advisor and liaison on matters related to the Senate Finance Committee as well his legislative negotiator on tax issues. In addition to managing Menendez’s tax portfolio, Justin was also responsible for a number of other issues including telecommunications, technology, and federal science policy. Justin began his career on Capitol Hill in the office of the House Democratic Caucus, where he was first a Staff Assistant and then later the Special Assistant to the Executive Director.

Field graduated from the University of Arizona with a Bachelor of Arts in Political Science and Business.
Speaking In
9:00 AM - 10:00 AM (PDT)
Wednesday, October 14