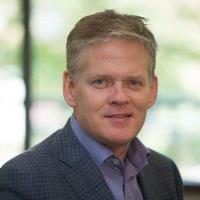 GENERAL PARTNER, SOFINNOVA VENTURES, INC.
Menlo Park, California, United States
Jim joined Sofinnova in 2000 as a General Partner. Dr. Healy finances companies that are developing potentially important therapies that could be transformative for patients. He has funded companies where eleven products were approved by the FDA or EMA. Eighteen of his investments have gone public and ten have been acquired as private or public companies. He is currently a member of the board of directors of Ascendis (ASND), CinCor Pharma, Coherus (CHRS), Karuna (KRTX), Natera (NTRA), Nucana (NCNA), Obseva (OBSV), and Y-Mabs (YMAB).

Jim received a B.A. in Molecular Biology and B.A. Scandinavian Studies from UC Berkeley where he graduated with Honors and received the Departmental Citation. He subsequently completed the NIH sponsored Medical Scientist Training Program and received his MD and PhD in Immunology from Stanford University where he received the Novartis Foundation Bursary Award and was a Beckman Scholar. He authored or co-authored thirteen scientific articles and reviews, including three papers published in Nature.

Prior to Sofinnova Jim worked at Bayer and Sanderling. In 2011 Dr. Healy received the IBF Innovator Award for his investment in Amarin (AMRN). In 2012 Xconomy named him one the leading “Young and Proven Biotech VC’s”. In 2013, Fortune selected him as one of the top life science investors and in 2015 he received a Healthcare and Lifesciences 50 award from Irish America. He has lectured on entrepreneurship at Stanford University and served on the boards of the Executive Committee at UC Berkeley, the National Venture Capital Association (NVCA) and the Biotechnology Innovation Organization (BIO).
Speaking In
2:00 PM - 3:00 PM (PDT)
Wednesday, October 14