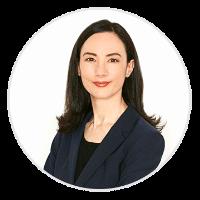 An expert in government relations and health care policy, Gutierrez has pursued an array of public policy issues during her career, ranging from mental health parity and rare disease awareness to medical technology and the treatment of chronic disease. Following her work as a Congressional staff member for one of the U.S. House of Representatives’ foremost leaders on health care policy, she served as a health policy and communications advisor for several national nonprofit and educational institutions, including Columbia University and the Partnership for a Drug-Free America.

Gutierrez joined the Lymphoma Research Foundation in 2008 as its chief program, policy and communications officer. She was a driving force behind programs such as the country’s only Adolescent and Young Adult Lymphoma Initiative and development of the first mobile app for people with lymphoma. She became Chief Executive Officer in 2014. In this role Gutierrez represents the Foundation before several audiences, including the U.S. Congress, Department of Defense, Food and Drug Administration and National Institutes of Health. She has written and lectured extensively about the needs of lymphoma patients and served on committees and panels of the American Society of Clinical Oncology, American Society of Hematology, Institute of Medicine, and National Cancer Institute, among others.
Speaking In
[Available On-Demand]