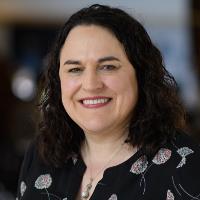 PROFESSOR OF MOLECULAR BIOLOGY, PRINCETON UNIVERSITY
Princeton, New Jersey, United States
Rebecca Burdine joined the faculty at Princeton in 2003. Her lab focuses on understanding the mechanisms that control left-right patterning and asymmetric organ morphogenesis, and develops zebrafish models for rare diseases. She was named the 44th Mallinckrodt Scholar for the Edward Mallinckrodt Jr. Foundation, received a Scientist Development Career Award from the American Heart Association in 2003, and was elected as Fellow to the American Association for the Advancement of Science (AAAS) in 2018. She is on the Editorial boards for Cell Reports and Zebrafish, and regularly serves on grant review panels for the NIH and NSF.