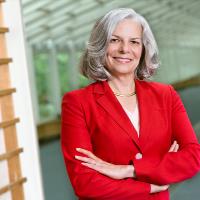 Dr. Gerberding currently serves on the Boards of CWRU, National Association of City and County Health Officials (NACCHO) Foundation, MSD Wellcome Trust Hilleman Laboratories, and the BIO Executive Committee. She has received more than 50 awards and honors, including the United States Department of Health and Human Services (DHHS) Distinguished Service Award for her leadership in responses to anthrax bioterrorism and the September 11, 2001 attacks. She was named to Forbes Magazine's 100 Most Powerful Women in the World in 2005 through 2008 and to TIME Magazine's 100 Most Influential People in the World in 2004.
Speaking In
12:00 PM - 1:15 PM (EDT)
Wednesday, October 27

The Power of Storytelling with Steve Clemons, Editor-At-Large for The Hill
Join us for a special fireside chat to discuss the importance of storytelling during a time when…
Fireside Chat
3:00 PM - 3:45 PM (EDT)
Thursday, October 28