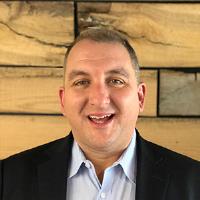 As a founding partner of Beekeeper Group, he manages a number of the firm’s nonprofit, trade association, and political clients and leads its embrace of mobile and social technology for political, marketing, and advocacy purposes. His work has been recognized with top honors from the American Association of Political Consultants, the Public Affairs Council, and George Washington University’s Institute for Politics, Democracy, and the Internet.

In November 2006, Mike was elected to the city-wide position of U.S. “Shadow” Representative in the District of Columbia, and served in this role for 3 terms until January 2013. Mike continues to be a leading voice in the fight for District of Columbia statehood and voting representation in the U.S. Congress.

Mike also has experience working with government agencies to help them utilize technology to better serve their stakeholders. Working as a Deputy Task Leader for Internet Development at the U.S. Department of Housing and Urban Development as a contractor with Advanced Technology Systems, Mike maintained the agency’s flagship site, www.hud.gov, and provided advice and counsel for many of HUD’s other Internet projects. Mike also worked with a number of regional HUD field offices on best practices regarding local government web sites and trained HUD staff on technical issues.