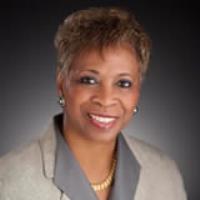 PRESIDENT AND CHIEF EXECUTIVE OFFICER, AMERICAN KIDNEY FUND (AKF)
LaVarne Addison Burton is President and Chief Executive Officer of the American Kidney Fund (AKF), a national nonprofit organization whose mission is to fight kidney disease and help people live healthier lives. Ms. Burton has led AKF since 2005. AKF works on behalf of the 37 million Americans living with kidney disease, and the millions more at risk, with an unmatched scope of programs that support people wherever they are in their fight against kidney disease—from prevention through transplant. With programs that address early detection, disease management, financial assistance, clinical research, innovation and advocacy, no kidney organization impacts more lives than AKF.


In 2020, more than 94,000 low-income dialysis and transplant patients nationwide were able to pay for insurance premiums, emergency pandemic-related costs and other health care-related costs not covered by insurance, thanks to financial assistance grants from AKF. Millions of people benefit annually from AKF’s efforts to fight kidney disease through Know Your Kidneys™, a nationwide health education and prevention outreach program. For more than 30 years, AKF’s Clinical Scientist in Nephrology Program has contributed to the pipeline of the most promising clinical researchers who have become leaders in the field of nephrology. AKF advocates on behalf of people with kidney disease and provides a platform to help ensure that patients are enabled to tell their own stories and have their voices heard. Through its peer-to-peer KidneyNation platform, AKF engages patients, their loved ones and caregivers in funding the fight against kidney disease.

AKF has significantly enhanced its programs and services during Ms. Burton’s tenure, and her leadership has propelled the organization to many notable milestones. AKF has been a pioneer in the development and operation of patient assistance programs by providing grants to cover health insurance premium costs for low-income patients. To run this program, AKF applied for and received the very first Advisory Opinion under a statute that allows the Inspector General at the US Department of Health and Human Services to establish conditions under which not-for-profit organizations may partner with private sector providers in the health industry to cover patient health insurance premiums. AKF has successfully run the program while navigating a complex maze of legal, regulatory, financing, corporate and public relations challenges. During this time, AKF has more than quadrupled revenues; established the largest nationwide kidney disease prevention and education program; partnered with corporations to develop award-winning public awareness campaigns; increased patient financial assistance to ensure access to care; established a nationwide AKF Advocacy Network that has grown to more than 15,000 Ambassadors; and launched the renal community’s only national annual gala, The Hope Affair, which honors patients, advocates and caregivers. AKF is included in the Consumer Reports list of “Best Charities for Your Donations” and has received Charity Navigator’s highest, 4-star rating for the 19th consecutive year—one of only three charities nationwide to achieve that distinction. Charity Navigator’s rating system evaluates nonprofits for their financial health, accountability and transparency.

Ms. Burton also established the AKF Quality of Work Environment Initiative (QWE), an ongoing effort to involve employees in defining workplace values and practices, carrying them out and evaluating progress. QWE has resulted in staff workplace evaluations that have improved every year of Ms. Burton’s tenure and attrition rates that are far better than industry standards. In 2021, AKF was selected as one of the top 50 nonprofit employers in the United States and is listed on The NonProfit Times prestigious “2021 Best Nonprofits to Work For.”

Before joining AKF, Ms. Burton was a senior partner at Martin & Associates, a consulting firm to the health care industry and to major health information management and technology companies. Previously, she served as President of the Pharmaceutical Care Management Association (PCMA), the national trade association representing pharmacy benefit managers and their partners. During her tenure, Ms. Burton worked with congressional committees to develop Medicare Part D, the prescription drug benefit modeled after the pharmacy benefit management (PBM) pioneered by PCMA member companies.

Ms. Burton served as Executive Secretary to the U.S. Department of Health and Human Services where she managed policy development and regulations and was advisor to the Secretary of the federal government’s largest domestic agency. Prior to that, she served as Deputy Assistant Secretary for Budget Policy at HHS and as Senior Analyst to the Budget Committee of the U.S. House of Representatives, advising the Committee on funding policy and legislative positions for Social Security, Medicare, Medicaid and other health programs.

Ms. Burton is Chair-Elect of the National Health Council (NHC) Board of Directors. The NHC is the only organization of its kind that brings together all segments of the health community to provide a united voice for the more than 133 million people with chronic diseases and disabilities and their family caregivers.

She serves or has served on a number of other boards and coalitions, including Kidney Care Partners and the Advisory Council for the National Institute of Diabetes and Digestive and Kidney Diseases at the National Institutes of Health (NIH) as well as the NIH Council of Councils. She was a Founder and Board Member of Women in the Health Care Industry Foundation and was named by The Wall Street Journal to be among a select group of 100 women chosen nationwide to The Journal’s Executive Taskforce on Women in the Economy. She was a member of the Advisory Board for DefenseWeb, a health care information technology company and subsidiary of Humana.

Ms. Burton was born in Augusta, Georgia and attended public schools there. She received her Bachelor of Arts degree from Howard University and Master of Arts from George Washington University, both in Washington, D.C.
Speaking In
12:00 PM - 1:15 PM (EDT)
Wednesday, October 27