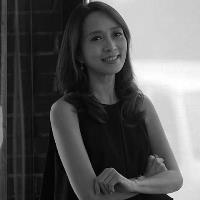 FOUNDING PRESIDENT, ICANSERVE FOUNDATION
Philippines
Kara Magsanoc-Alikpala is a broadcast journalist and filmmaker. She co-founded the video production company Storytellers International Inc. She is a contributing producer for CNN International, ARD German Radio and is a member of the Global Impact Producers Group. She produced the critically acclaimed documentary Batas Militar (Martial Law) broadcast on ABS-CBN in 1997. To date, it has been the highest rated documentary broadcast on Philippine Television. The documentary swept all major awards in the Philippines. It was screened at the International Documentary Festival in Amsterdam (IDFA), and was a finalist at the New York Film Festival. She recently produced Call Her Ganda that premiered in 2018 at the Tribeca Film Festival and Hot Docs. She has produced documentaries for the History Channel, the Australian Broadcasting Company, Philippine Center for Investigative Journalism, ABS CBN, GMA 7, and the Probe Team. She was reporter for Voice of America, Skycable News, forerunner of the ANC (the ABS CBN News channel) and contributing reporter to PBS (Public Broadcasting Service). She was a member of Good Pitch Southeast Asia in Jakarta. Kara is also a cancer patient advocate. She founded the ICANSERVE Foundation, an NGO promoting early breast cancer detection. She’s Vice President of the Cancer Coalition of the Philippines, prime mover behind the passage in 2019 of the National Integrated Cancer Control Act.
Speaking In
[Available On-Demand]