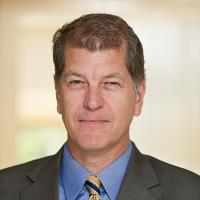 EDITOR-AT-LARGE, THE HILL
Washington, District of Columbia, United States
Steven Clemons is a political journalist and blogger. He was appointed Washington editor-at-large of The Atlantic and editor-in-chief of AtlanticLIVE, the magazine's live events series, in May 2011. In 2019, The Hill hired Clemons to help expand the politics and policy publication’s editorial platforms. His focus is taking its events to the national level, and his title is also editor-at-large. Clemons previously served as Executive Vice President of New America. Publisher of the popular political blog The Washington Note, Clemons is a long-term policy practitioner and entrepreneur in Washington, D.C. He has served as Executive Vice President of the Economic Strategy Institute, Senior Policy Advisor on Economic and International Affairs to Senator Jeff Bingaman (D-NM) and was the first Executive Director of the Nixon Center. Prior to moving to Washington, Clemons served for seven years as Executive Director of the Japan America Society of Southern California, and co-founded with Chalmers Johnson the Japan Policy Research Institute. He is a Member of the Board of the Clarke Center at Dickinson College, a liberal arts college in Carlisle, Pa., as well as an Advisory Board Member of the C.V. Starr Center for the Study of the American Experience at Washington College in Chestertown, Md. He is also a Board Member of the Global Policy Innovations Program at the Carnegie Council on Ethics and International Affairs and on the advisory board of the Robert Bosch Foundation Alumni Association. Clemons writes frequently on matters of foreign policy, defense, and international economic policy. His work has appeared in many of the major leading op-ed pages, journals, and magazines around the world.
Speaking In
4:30 PM - 5:05 PM (EDT)
Wednesday, October 27