It was a good year for the two most closely followed biotech stock indices, the NBI and BTK, as each outperformed the S&P 500 in 2010. However, in terms of breadth, only 49% of companies posted a gain for 2010 as seen in the first chart below. The 92 companies that started the year in the valuation range of $1M-$50M had a median return of -8%, a reversal of last year's 100% median gain for this group. Companies with initial market caps of $50M-$500M had a median return of -1%. Larger companies, with market caps above $500M, outperformed the small biotechs with a median return of +10%. These gains for the larger companies accounted for the strong returns of the indices which tend to bias larger caps due to index weighting (NBI) and/or screening criteria (BTK). 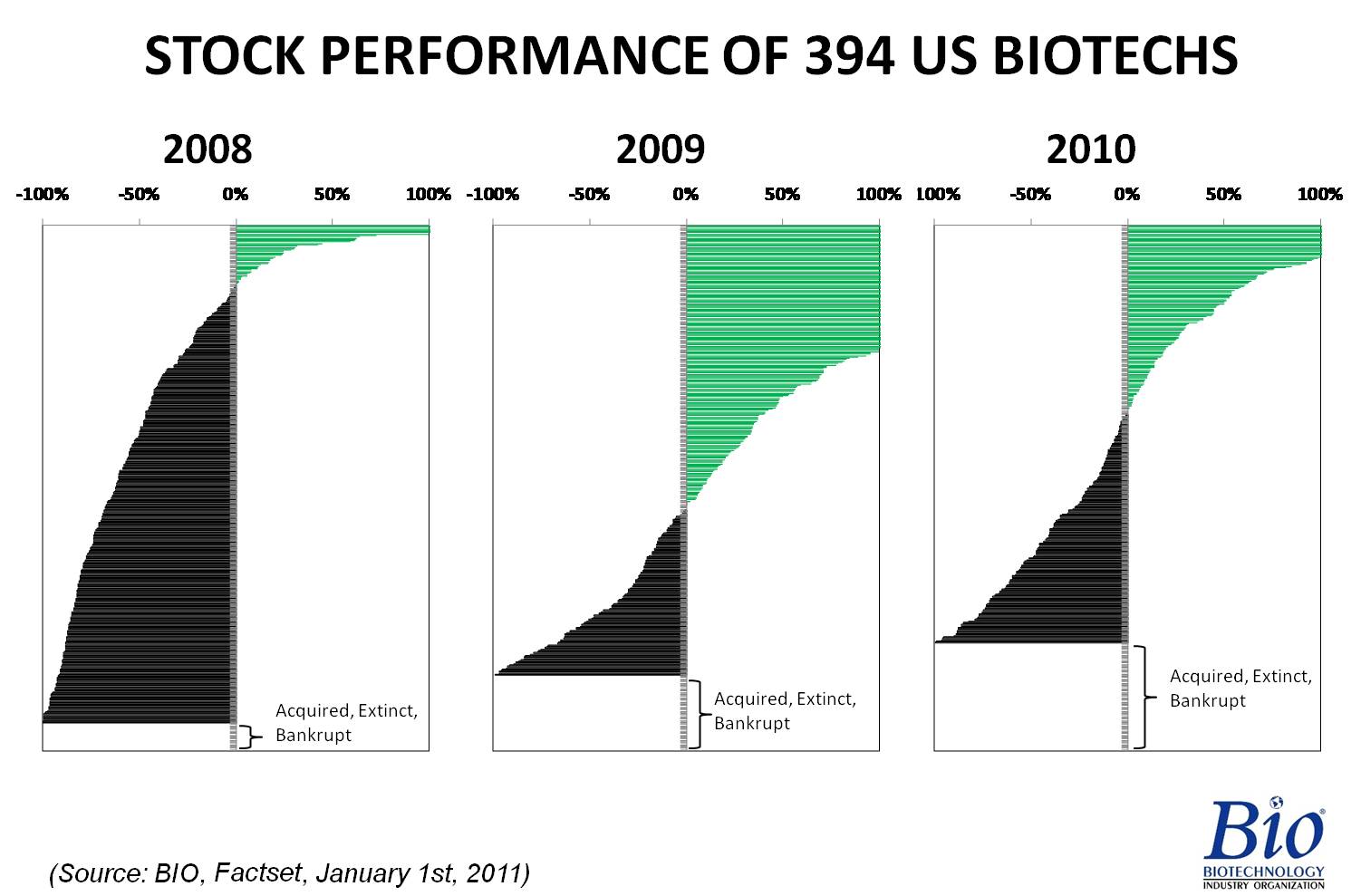 In the above chart, it is easy to see that the 394 biotechs we were tracking at the beginning of 2008 were hit hard in 2008, with some 88% of companies losing market value. 2009 was a comeback year with 67% of the companies in the green. Some 20% of US biotech companies never made it to the end of 2009, as depicted by the empty bars at the bottom of the chart. In 2010, we saw a more mixed performance, with only 280 companies remaining active from the original 394, a loss of over 25% of companies in the sector. (The 20 IPOs during this time, although not plotted above, bring the total to 300 biotech stocks in the US. Their performance can be found in the previous blog post) 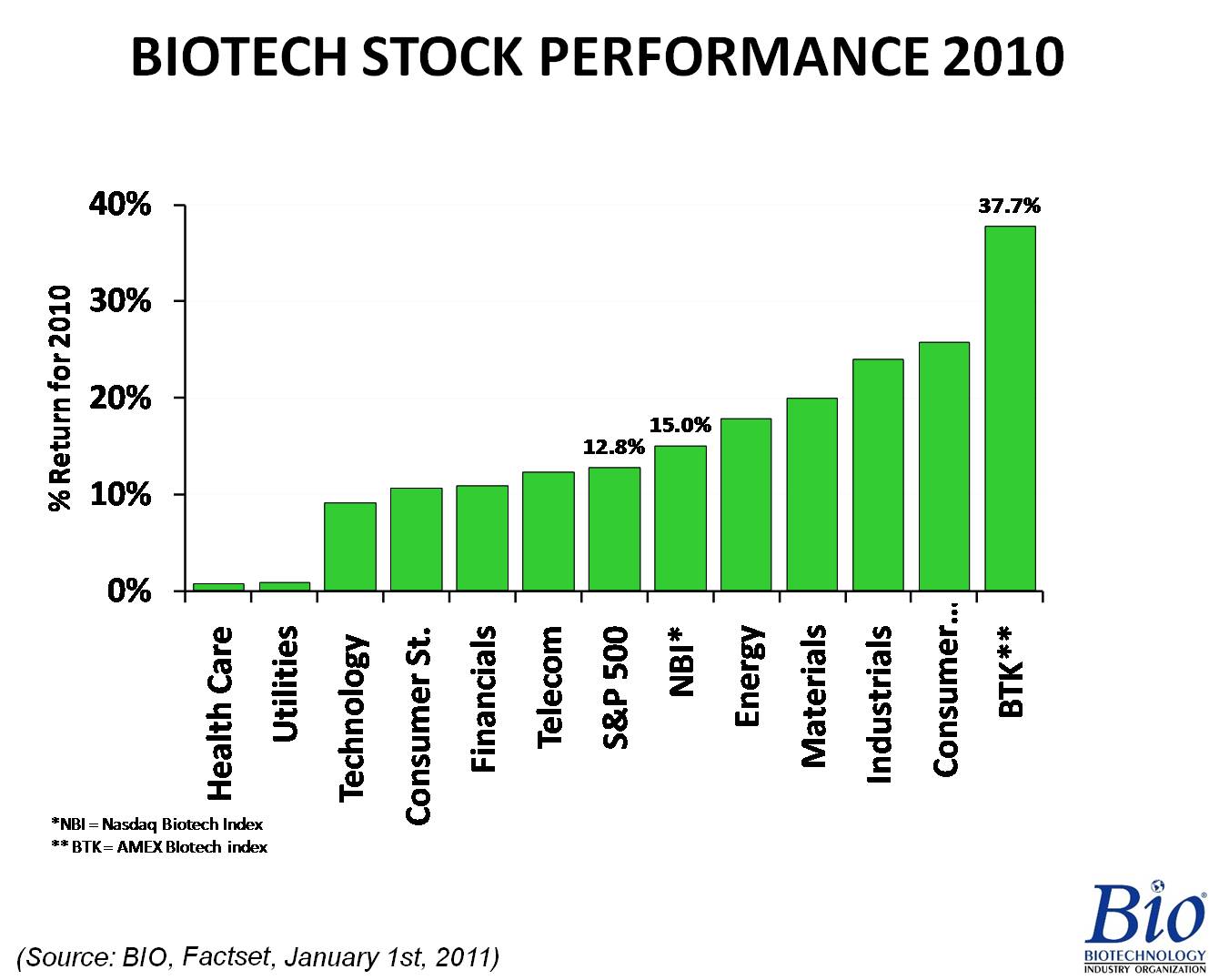 The NBI came in ahead of 6 S&P sectors, and the BTK beat all 10 sectors. Note that the S&P Healthcare index was in last place. The SP Healthcare index contains over 50% Pharmaceuticals companies (JNJ, Pfizer, Merck, etc.) and about 20% Healthcare service providers (Aetna, Cardinal Health, Cigna, etc.), about 15% Healthcare suppliers, and less than 15% biotech. 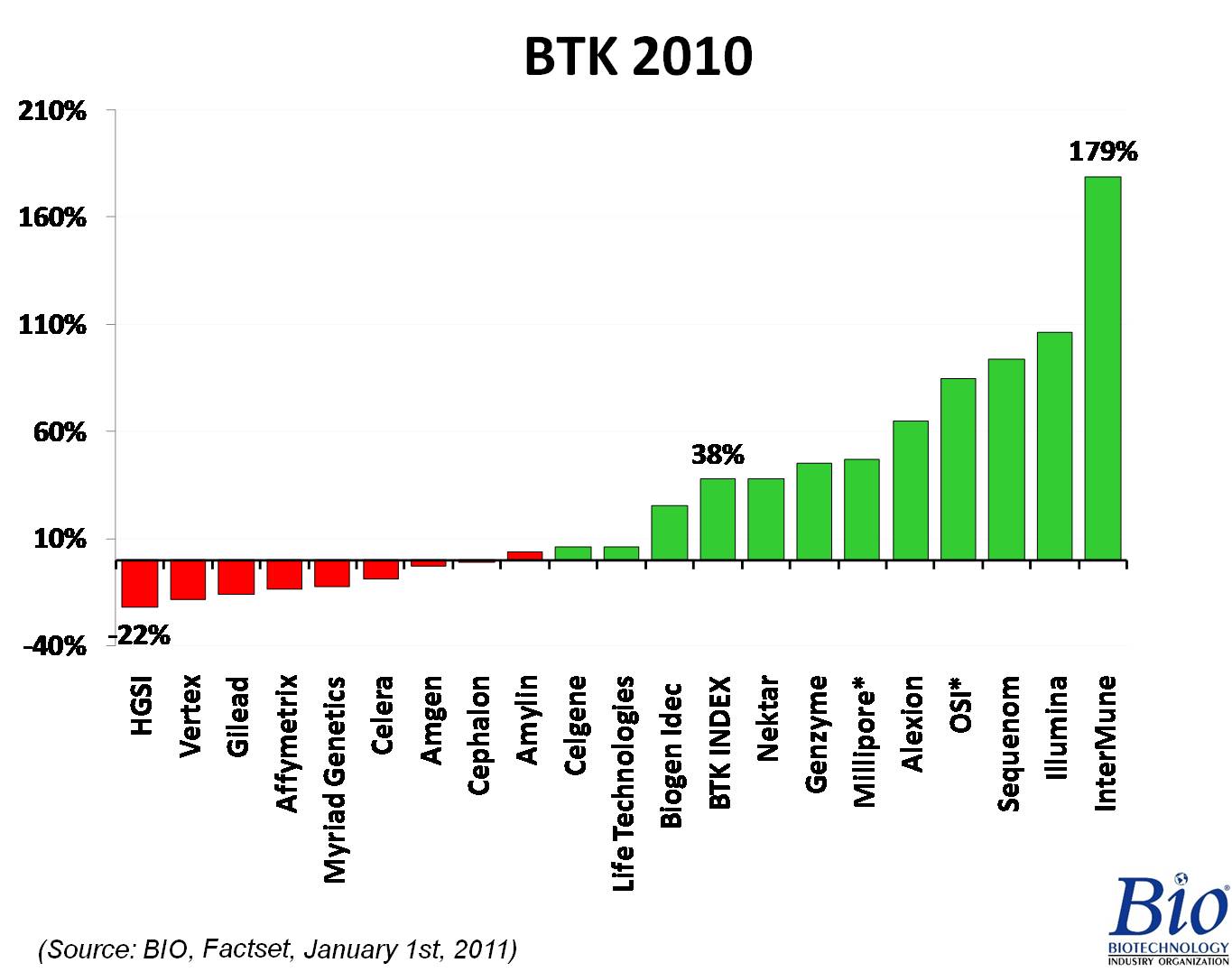 Leading the rally in the BTK was Intermune's (ITMN) 179% return, helped by a December 17th positive opinion for approval of Esbriet in the EU. Sequencing and tools companies, Sequenom (SQNM) and Illumina (ILMN), followed with essentially 2x returns for 2010 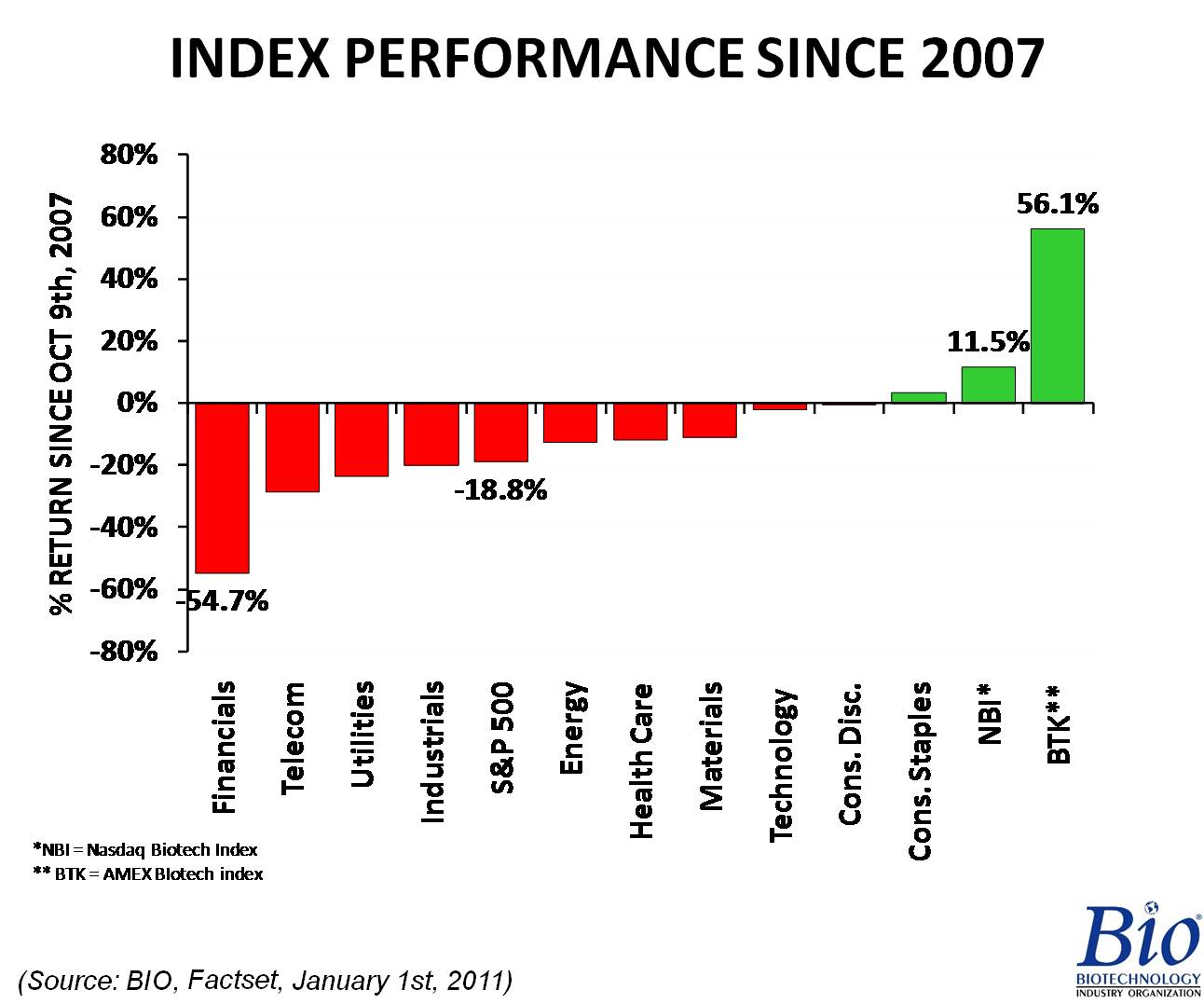 The only S&P sector making new highs since the peak in 2007 is the S&P Consumer Staples Index. Both biotech indices, however, are way above October 2007 levels. Financials remain at half the level they were in 2007.
More on This Topic