Are GE Mosquitos REALLY Scarier Than the Non-Modified Disease-Carrying Kind?

Florida health officials and the Centers for Disease Control (CDC) announced last week that the state’s 14 new cases of the Zika virus were spread via mosquito-borne transmission.  The announcement prompted the CDC to issue an unprecedented travel warning for the Miami area.

The advisory extends to all expectant mothers, and women planning on becoming pregnant who have traveled to a one-square-mile area north of downtown Miami – including Wynwood, Midtown and the Design District – on or after June 15, said CDC Director Tom Frieden.

The area – for now – is localized because, as Frieden explained, the Aedes aegypti species of mosquito most capable of transmitting the virus typically does not travel more than 150 meters – about 500 feet – in its lifetime. 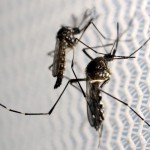 While there has been extensive spraying of insecticides in the area over the past several weeks, it has not reduced the local population of mosquitoes capable of transmitting Zika virus.

In the continental United States, Zika cases have been reported in 46 states (all except Alaska, Idaho, Wyoming and South Dakota) as of July 27, according to the CDC. A special report in The Washington Post looks at the proliferation of Zika in the United States.

There are 6,400 confirmed Zika cases in the United States; this includes 1,661 cases in the continental U.S. and 4,728 cases in the U.S. territories of Puerto Rico, the U.S. Virgin Islands and American Samoa.  The Post report breaks down the number of cases by state and territory and identifies travel-related cases vs. locally spread cases.

Unfortunately, it normally takes several years for a new vaccine to make its way through the development and FDA approval process – time we don’t have with the current Zika epidemic. But there is another innovative biotechnology-based solution which could be the key to stemming the spread of Zika much more quickly.

While emergency responders grapple with treating disease patients, preventing further spread of the disease will depend on mosquito control.

Of the Florida cases, CDC’s Frieden says, “It’s possible that the mosquitoes there are resistant to the insecticide that’s been used.” The fact is, overusing insecticides allows mosquitoes to develop an immunity.  Another concern with insecticide control is the impact on the environment and non-target organisms.

Using advanced genetics and molecular biology, UK Biotech Company Oxitec has developed an innovative solution to controlling the Aedes aegypti mosquito. Oxitec has genetically-engineered its ‘Friendly Aedes aegypti’ that self-limit the mosquitoes’ population.  After an Oxitec male mosquito has successfully mated with a wild female, any offspring that result will not survive to adulthood, so the mosquito population declines. 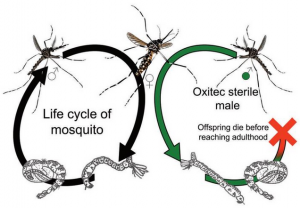 The technology has already been tested in Brazil’s Piracicaba region and release of the Oxitec mosquitoes in the Grand Cayman is now underway.

If the technique repeats its recent successes, the local population of Zika-transmitting species could decrease by 90 percent.

A release of the Oxitec mosquitoes is proposed in Key West, but opposition from residents has complicated and slowed the process.

CityLab Reporter Natalie Delgadillo sums up the dilemma in the editorial “What Cities Can Learn from Key West's Zika Controversy:

“It could be a matter of time before the disease spreads rapidly to other parts of Florida and the United States. Oxitec's mosquitoes could be the most effective defense any city has, but the potential solution faces strong opposition.”

Philip Stoddard, the mayor of South Miami and a biology professor at Florida International University, agrees:


“The truth is that if you ignore your constituents, they will vote you out. It is important to have them on your side when you do something.  But at the same time, some people are totally resistant to information, and they hate anything GMO. For them, perhaps you will have to wait for the disease to come. And then they will change their minds.”