January 5, 2012
After much debate, Boulder County commissioners sided with science and voted to allow some biotech crops to be grown on county-owned land. 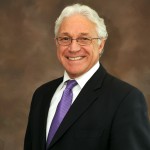 "With our adoption of the Boulder County Cropland Policy on Dec. 20 we believe we have taken some very positive steps toward a more sustainable future for agriculture in the county we love and call home," said Commissioners Cindy Domenico, Ben Pearlman, and Will Toor in a statement published in Boulder’s Daily Camera.

“As local farmers have moved to genetically engineered corn and sugarbeets, we have seen reductions in the toxicity and amount of pesticide and herbicide used, as well as reductions in erosion and runoff.  We have also seen significant increases in yield coupled with a decreasing carbon footprint resulting from fewer passes across the field.”

The Colorado Daily reports that both sides of the debate had a large turnout for the public hearing, with farmers organizing to make their point that the benefits of genetically modified corn and sugarbeets outweigh the risks.

The Boulder County Business Report also covered the issue in a December 21 article.


What’s important in this situation is that farmer choice is protected.  Coexistence is alive and well in Boulder, with large and small farms sitting side-by-side. Farmers growing biotech crops, organic crops and conventional crops can utilize both private and public land to the betterment of the community.  This case proves – once again – that sound agricultural policy is not black and white, winners and losers and either/or.  It’s about farmers and the community working together so that all forms of agriculture can contribute to goals of sustainability.